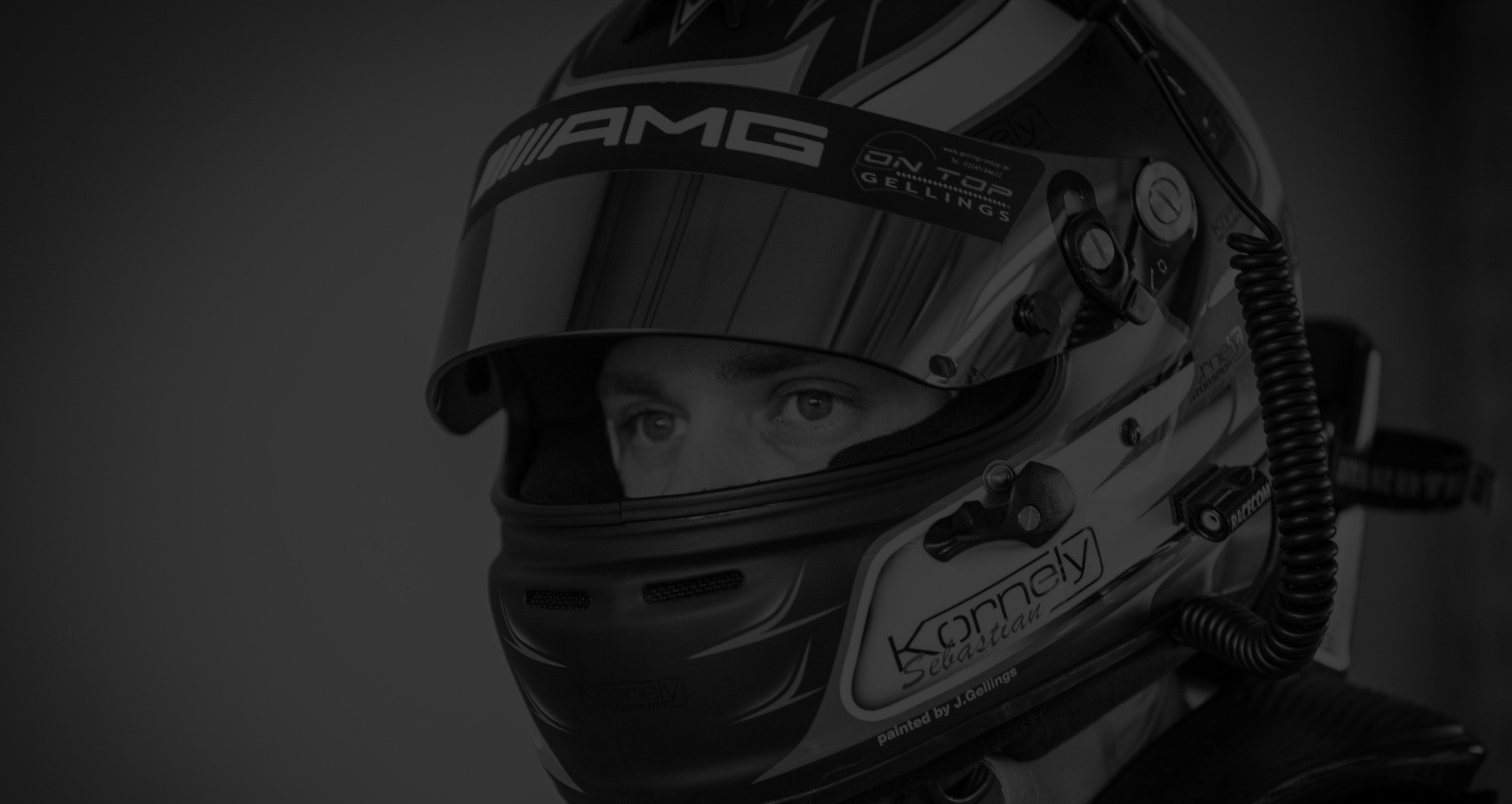 In 2011 I founded the racing team Kornely Motorsport and started as a race driver in the Porsche Sports Cup in Germany. After a short time, the new motorsport company took its name and looked after a large number of race sports enthusiasts on trackdays throughout Germany.

In 2015 the Kornely Team started a new chapter in the still young motorsport history. With the use of a Mercedes SLS AMG GT3 in the “Spezial Tourenwagen Trophy“, the Team set the first milestone in the professional GT3 sport. Already in the first season Kornely Motorsport was able to finished at the second place in the championship.

As a runner-up, the SLS AMG GT3 was launched again in 2016 in the “Spezial Tourenwagen Trophy“, but it should be not all! With the release of the new Mercedes-AMG GT3, Kornely Motorsport secured itself one of the first vehicles and began the first test runs directly in 2016. The biggest success for the now professional GT3 Team was the 5th place of the world 52 AMG GT3 Teams in the AMG Championship 2016.

After the very successful year 2016, Kornely Motorsport now dares the next step and enters the strongest GT3 race series of the world, the „Blancpain GT Series“. It is the start of 2017 in the national championship “Spezial Tourenwagen Trophy“ and in the international racing series, „Blancpain GT Series“.

Now is the time to return to my origins. With the sale of my racing team, a new life section starts for me. I will now concentrate 100% on my driving activities, which is why I started with motorsports.

Follow me on my social media and see all news about my racing life.

I’m always trying better myself each day and con

I wish you all a happy Halloween 🎃 and some spo

What makes the #sport so great is being in combat

„We all have the ability to come from nothing to

It’s Friday 🙌🏼 Wishing you all a great sta

Some more impressions 📸 from the final of the @

Let’s jump behind the scenes 😎 That's how I g

What a weekend at the Norisring! 🔥 First top 10

Autumn feeling on the final event of the DTM Troph